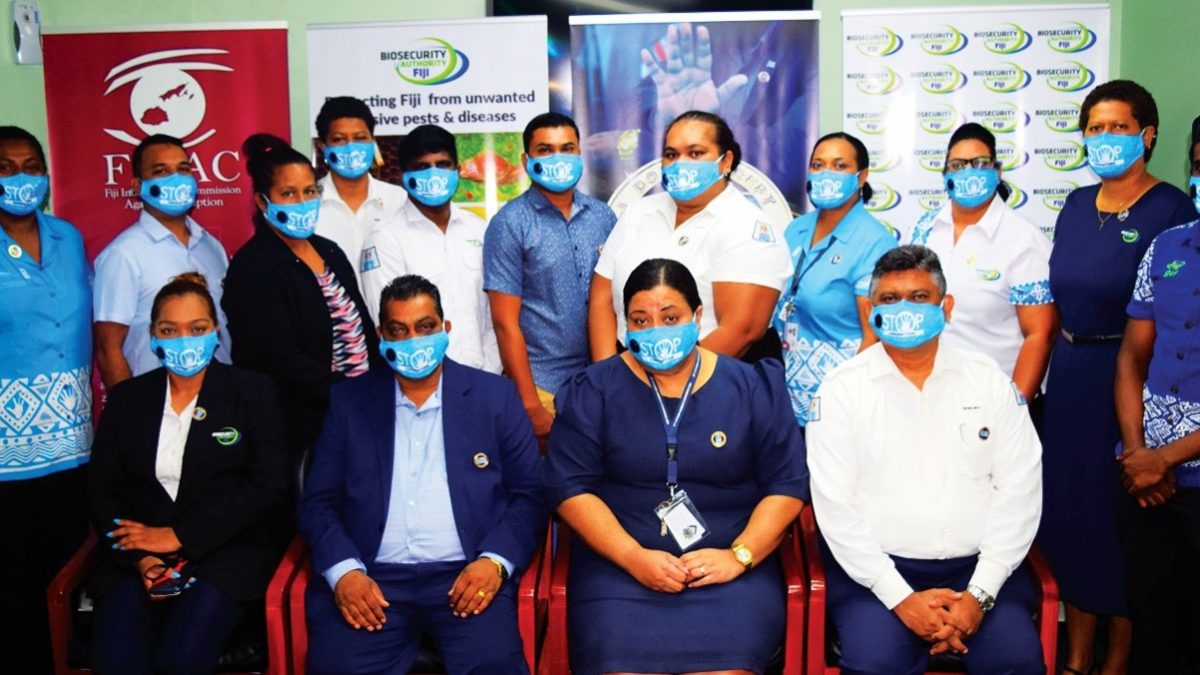 The Biosecurity Authority of Fiji (BAF) has joined the ‘I don’t accept bribes’ campaign initiated by the Fiji Independent Commission Against Corruption (FICAC) together with the UN Development Programme (UNDP) under the United Nations Pacific Regional Anti-Corruption (UN_PRAC) project funded by the New Zealand Government.

The launch at the BAF headquarters, together with the badging ceremony was significant as it demonstrates a high – level of commitment from the BAF senior management team in their support in the fight against corruption and making a stand against bribery as a Public Enterprise.

“Corruption prevention can reduce the likelihood of its occurrence, and can contain its corrosive effects.  But, let us be clear:  prevention does not mean printing posters or running television advertisements about the merit of integrity and the cost of dishonesty.