Domestic quarantine is a serious issue and there is a risk of spreading pests and diseases that already exist in some parts of Fiji to other regions in the country.

The Minister for Primary Industries through the powers vested in him under the Biosecurity promulgation 2008 has declared the biosecurity emergency declarations for Asian Subterranean Termites, American Iguana, Brucellosis and Fruit Flies.

The information in this section will assist you in your travels and identify what you can and what you can’t take across while travelling within Fiji.

Parts of Lautoka and Labasa have been declared as Biosecurity Emergency Areas for Asian Subterranean Termites.

Any person who resists, obstructs, fails to comply with the direction of the Biosecurity Authority and its officers, moves any article out of or into the emergency area, or from one place to another within the emergency area, commits an offence and is liable to a court maximum penalty of $50,000.00, maximum 15 months imprisonment, and $1,000 fixed penalty (spot fine). 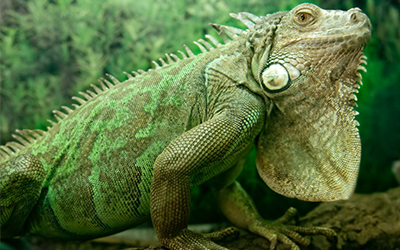 The Declaration of the islands of Qamea, Matagi, Taveuni and Laucala as Biosecurity Emergency Area has also been extended for another 6 months from February 27th 2012.

Movement of all stages of American Iguana (Iguana iguana) including its egg into, out of, or within the declared Biosecurity Emergency Areas is strictly prohibited.

The Central Division has been declared as an infested Biosecurity Controlled Area for Brucellosis.

Failure to comply with this declaration is an offence under section 70(5) and 70(4) of the Biosecurity Promulgation 2008, and the court can issue a maximum fine of $40,000 for individual; or an alternative fixed penalty (spot fine) of $800 for individual and $4000 for company or corporate body. 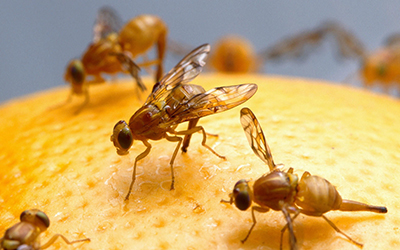 The island of Rotuma has been declared as an Infested Biosecurity Controlled Area for fruit fly. Movements of any life stage (adult, pupa, larva, egg) of Bactrocera kirki and its hosts (mango, citrus, kavika, breadfruit, papaya, vutu) and any other fruits out of Rotuma without the permission of a biosecurity officer is strictly prohibited.

The movement includes transporting and carriage of any of the aforementioned fruits from Rotuma to any ship, boat, or aircraft that arrives and departs Rotuma.

Failure to comply with this declaration is an offence under section 70(5) and 70(4) of the Biosecurity Promulgation 2008, and the court can issue a maximum fine of $40,000 and or 12 months imprisonment or an alternative fixed penalty of $800. 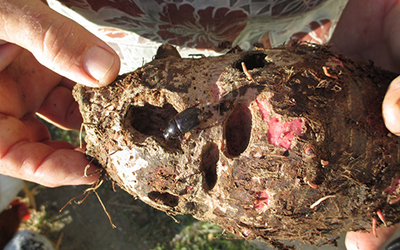 Fiji is currently the major exporter of dalo in the Pacific with exports valued at almost $20 million dollars annually. However, Fiji’s dalo exports are threatened by taro beetle (Papuana uninodis).

Help us to contain, control and manage these pests and diseases in Fiji.